Just over ten years ago, Patrick and I set off on a windy, rainy day, through semi-flooded roads, driving two hours from home to Border Collie Trust, Birmingham, to find ourselves a new dog. We were still grief-stricken over the loss of our first dog, Nika (who died far too young of a terrible genetic disease), but I was desperate to have a new dog to look after, to help heal the wound.

When we arrived, we looked through their big book of dogs and found two that looked like good matches. The assistant asked us which one we'd like to meet first, and we said, "It doesn't matter. We'll meet them both."

She came back a minute later with a short-haired, black-and-brown-and-white border collie mix full of energy...who took one look at us and leapt straight into our arms, wagging her tail, radiating joy with her whole body, and giving us one unmistakable message: It's you! You finally came for me!!! 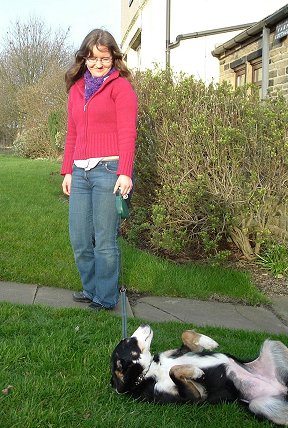 We were supposed to take her for a walk around the grassy yard, but every few feet we had to stop because she kept flopping onto her back for tummy rubs. She didn't want exercise at that point - she wanted love. And as we knelt over her, petting her while her whole body wriggled with delight, Patrick looked up at me and said: "Are we really going to send her back to her kennel to look at another one?"

Well, of course we weren't. We couldn't. She'd chosen us, and we chose her back. She rode in my lap all the way back home. 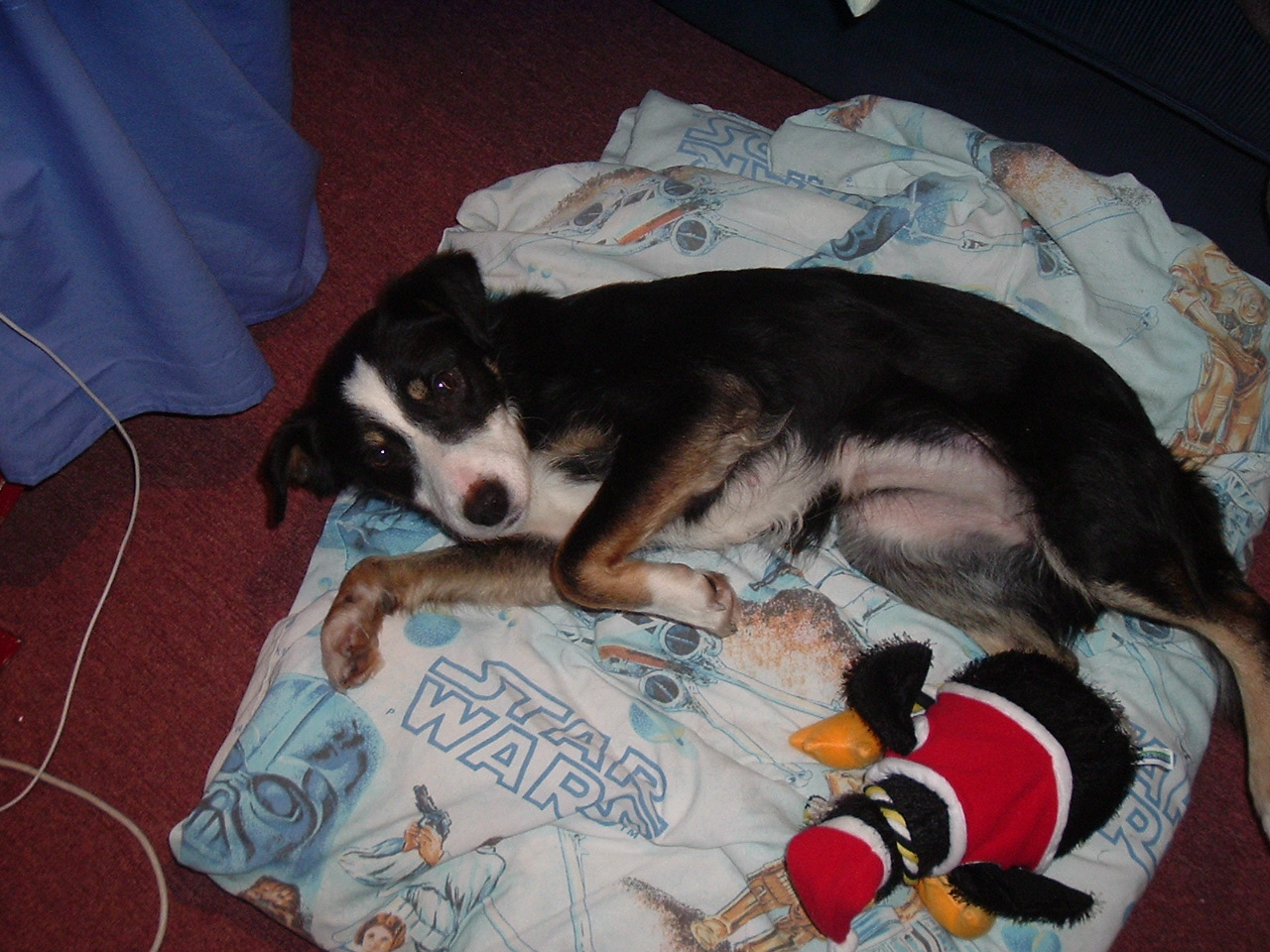 We never knew exactly how old she was. The vets back then, in 2006, said that based on her teeth, she could be anywhere between two and five years old. She'd been found after wandering stray somewhere in Wales. She had a bad shoulder, and based on the pattern of the injury, the vet said she'd probably been thrown out of a moving car. It looked like she might have had puppies at some point when she was extremely young. It was too late for her shoulder to be fixed by the time we adopted her; she'd been wandering stray for at least a month, and it was during Bonfire Night in the UK, so she had developed a terrible fear of fireworks and loud noises in general.

But oh, did she love people. She loved people so much. And the love she gave us was incredible. 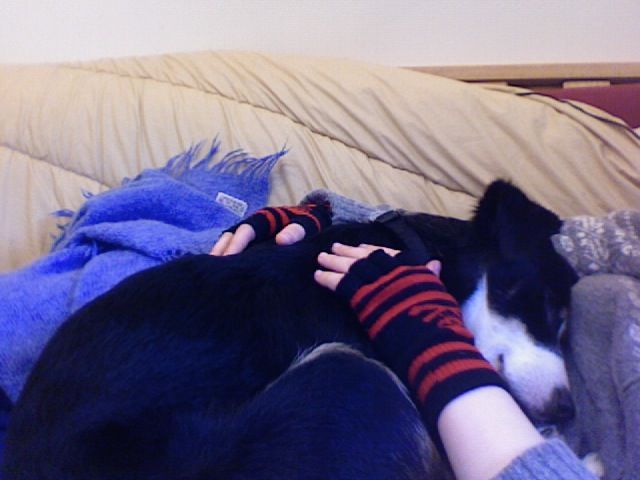 I was diagnosed with M.E. not long after we got her, so I was never able to give her the long walks she adored - she had to rely on Patrick and on various dog-walkers we hired over the years for her exercise. But she loooooved to cuddle up on the couch with me, and she kept me company all through every day. Most of my first pregnancy was spent cuddled on the couch with her curled into my side, a warm, loving companion. And when we brought home our first baby, she accepted him immediately, too. He - and then his little brother - were the family puppies, and she was infinitely patient with them both. She played very gentle tug-o-war with them once they were old enough, and even as her spine grew worse and worse over the years, until she had to take a cocktail of four different medications (including multiple painkillers) every day, she remained gentle, loving and invariably affectionate with all four of us.

She spent the last couple of years of her life tottering around, as her deteriorating spine made it more and more difficult for her to walk, but she still exuded love and affection and she loved, most of all, being surrounded by people. She was a part of every family celebration, and she cuddled into anyone who was sad.

On Tuesday night, she had a terrible stroke. It was the most terrifying thing I've ever seen. I spent that night sleepless, worrying...but the next morning, she was better. The vets said she'd made a miraculous recovery, and she might have many happy months left. I went to bed filled with relief.

She had a second stroke that night. That time, she did not recover. 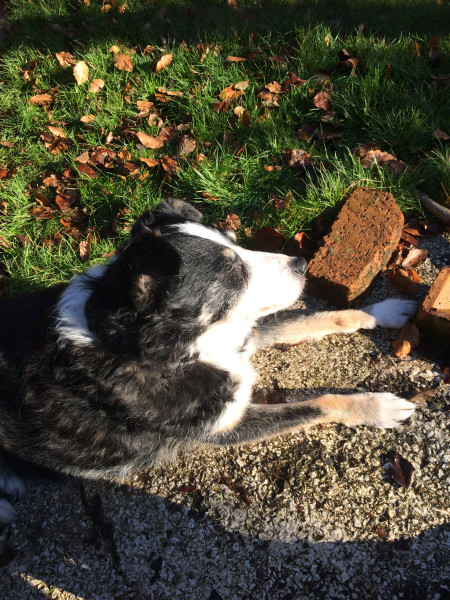 Yesterday, we had to make the hardest decision. She spent the afternoon beforehand in our sunny garden, being petted and loved by the whole family. Patrick and I were both with her at the end.

The kids are devastated now, and so are we. She was gentle, loving, and an essential part of our family.

The love she gave us over the last 10+ years was well worth the pain of losing her now...but oh, does it hurt.

If you have a pet, please give them an extra hug from me today.

And if I'm a little slower than usual in responding here or elsewhere for a while, I hope you'll understand.
Collapse