Readers who've been keeping me company for the last few years might remember that when the Kat trilogy was re-released as a boxed set, I declared its publication day (October 7, 2014) to be Hot Chocolate Day. In the week leading up to it, I posted one hot chocolate recipe after another, including guest recipes from friends. (There was Hot Chocolate One: the Original Comfort Recipe; Hot Chocolate Two: Vegan Perfection; Hot Chocolate Three: Witch's Chocolate; and then, on Hot Chocolate Day itself, Coconut Milk Hot Chocolate.)

Of course, hot chocolate was never actually mentioned or drunk in the Kat books - I just like hot chocolate, so I thought Hot Chocolate Day would be a fun way to celebrate the boxed set. (And artist Sally Jane Thompson even drew a beautiful sketch of Kat drinking hot chocolate for the occasion!) But not entirely coincidentally, on October 24, 2014, just a few weeks after Hot Chocolate Day, as I was lying in bed in the dark waiting to fall asleep...I suddenly jerked upright, grabbed my laptop, and wrote the first 450 words of a new book - a book about a fierce dragon girl driven by her passion for chocolate (and a pot of enchanted hot chocolate that gets her into trouble in the first place!). 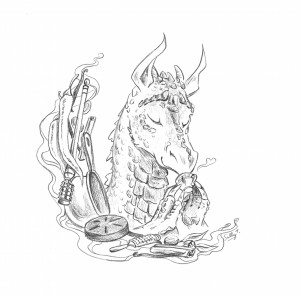 It was, of course, The Dragon with a Chocolate Heart...which is being published in the UK in just 33 days (and in the US/CA 3-1/2 months later).

So. It seems like time to start work on a few new recipes!

My personal cooking goal over the next couple of weeks is to come up with one recipe that I really like for cardamom hot chocolate (something I've been curious about for a while) and one recipe I really like for chilli hot chocolate (my fiery dragon-heroine's very favorite kind!). (I know how she made it in the novel, of course, but that was based on eighteenth-century chocolate-making methods, and I'm not working with all of the same ingredients, so I'll have to make my own recipe a little different.) 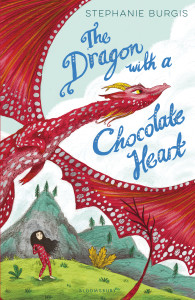 Today, I made my first attempt at a cardamom hot chocolate, and it was really yummy - but I think it could be even better. And my public vow is to return to this blog within one week, maximum, to report on a version that I love.

(Today's experiment #1: I poured a cup of milk into a small saucepan along with 6 bruised - i.e., cracked open - cardamom pods and a scattering of cinnamon. I turned the hob to the lowest heat possible and let it all simmer together for about ten minutes before adding in 6 squares of 70% dark chocolate and whisking it regularly for the next five minutes. It was really lovely! I love the heat that the cardamom gives to the flavor, and the combination of cardamom and cinnamon was really nice. BUT I also thought the flavors could be stronger. I'm going to be putting in more cardamom pods next time and more cinnamon and maybe letting the whole mixture simmer longer, too.)

Of course, this means I'll have to make a lot of hot chocolate over the next several days.

Happy chocolate-drinking to all! And I'd love to hear about any of your own favorite hot chocolate recipes.
Collapse